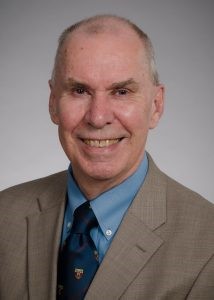 Bruce Weir, PhD, of the University of Washington in Seattle is the recipient of the 2019 Genetics Society of America (GSA) Elizabeth W. Jones Award for Excellence in Education, in recognition of his work training thousands of researchers in the rigorous use of statistical analysis methods for genetic and genomic data.

The Jones Award recognizes individuals or groups that have had a significant, sustained impact on genetics education at any level.

“Bruce has made outstanding contributions to the training of basic and applied population and quantitative geneticists from across the globe for more than 40 years,” says Trudy Mackay, a professor of biological sciences at North Carolina State University (now at Clemson University) and one of the scientists who nominated Weir for the award.

His contributions fall into three categories: the acclaimed Summer Institute in Statistical Genetics (SISG), which has been held continuously for 23 years and has trained more than 10,000 researchers worldwide; the popular graduate-level textbook Genetic Data Analysis; and the training of a growing number of forensic geneticists during the rise of DNA evidence in courts around the world.

Weir grew up and attended college in New Zealand, majoring in mathematics. He credits his discovery of statistical genetics to a summer internship with researcher Brian Hayman, who recommended the PhD program at North Carolina State University for pursuing Weir’s newly found interest. In Raleigh, he trained with C. Clark Cockerham and then completed his postdoctoral studies with plant geneticist Robert W. Allard at the University of California, Davis.

From Davis, Weir returned to New Zealand to teach at Massey University before Cockerham lured him back to North Carolina State University in 1976. Weir spent the next three decades of his career in Raleigh. He became the William Neal Reynolds Distinguished Professor of Statistics and Genetics in 1992.

Inspired by a 1995 summer course for animal geneticists at the University of Guelph in Canada, Weir decided to hold the first SISG in Raleigh in 1996. With limited advertising and funding, the inaugural Institute drew about 100 attendants. Weir quickly realized that the SISG filled an important niche. While technological advances were rapidly increasing the amount of genetic and genomic data requiring statistical analysis, graduate programs in the biological sciences rarely offered statistics courses that were tailored to the problems students were addressing in their dissertation projects.

In 1997, the SISG began receiving funding from the National Science Foundation, and in 1999 the National Institutes of Health added its support, with most of the funds over the past two decades supporting the attendance of US graduate students. The SISG moved from Raleigh to Seattle when Weir was appointed Chair of the Department of Biostatistics at the University of Washington in 2006. To reach a global audience, the Institute has also been held in 15 (and counting) countries outside the United States. [Bruce ran a SISG in Christchurch in 2001, and in Auckland in 2008.]

Weir’s interest in authoring a textbook started even earlier in his career. The 1990 edition of Genetic Data Analysis helped plant the seed for the first SISG in 1996, and the two efforts have been synergistic ever since. By inviting active researchers with a record of excellent teaching as SISG guest instructors, Weir stays abreast of the larger field, which helps update the book’s content over time. The 3rdedition, co-authored with Jérôme Goudet at the University of Lausanne, Switzerland, is expected to be published in 2020. It will continue to cover the theoretical underpinnings of population genetics. The book’s statistical code, written in the R programming language, will add to its appeal for applied researchers with a wide range of data management and analysis needs.

A new area of application for Weir’s research interests emerged in 1989: forensic genetics. After the FBI introduced DNA genotyping in courts, it soon sought Weir’s expertise in matched-pair probability calculations for the defendant’s DNA and a crime scene sample. Weir continues to work with FBI researchers today and serves on national committees to help develop legal guidelines for interpreting DNA evidence in court. He says this work is both rewarding and challenging, as the worlds of science (seeking the truth) and law (seeking justice) don’t always coincide. He co-authored the textbook Interpreting DNA Evidence, published in 1998, with forensic scientist Ian Evett.

Weir’s applied projects extend beyond forensic investigations of human samples. In 2018, he co-authored a high-impact paper about ivory poaching, the fourth-largest transnational crime that frequently funds drug trafficking and other criminal activities.

The study was based on an elephant DNA database that UW biology professor Samuel Wasser assembled from ivory and scat samples collected throughout Africa. Using 16 markers with geography-specific allele frequencies, the researchers were able to trace ivory shipments seized at different ports to the same origin. This combats a strategy commonly used by large ivory smuggling cartels: separating the two tusks of one elephant to make it more difficult to identify their shared origin.

Together, the SISG, the textbook, and the training of the forensic community are a powerful testament to Weir’s commitment to education. “Any of these three contributions would clearly make Bruce a very strong candidate,” says Bruce Walsh, a professor of ecology and evolutionary biology, and of public health, at the University of Arizona and one of the scientists who nominated Weir for the award. “The combination of all three is unbeatable.”

Based in the Department of Biostatistics at the University of Washington, which he chaired from 2006 to 2014, Weir also serves as Director of the Genetics Analysis Center, the Institute of Public Health Genetics, and the Graduate Program in Public Health Genetics. He is an elected fellow of the American Association for the Advancement of Science, the American Statistical Association, and the American Academy of Forensic Sciences. In addition to his classroom teaching, Weir has trained and mentored 33 doctoral students and 19 postdoctoral fellows. Many of them work as faculty members and scientists at leading universities, government agencies, and private companies around the world.

Weir joined the GSA as a graduate student. He served as an Associate Editor for the GSA journal GENETICS from 1977 to 1997 and as the GSA Treasurer from 2002 to 2005. The Elizabeth W. Jones Award will be presented at The Allied Genetics Conference, which will be held April 22–26, 2020, in the Metro Washington, DC region.

The award was named posthumously for Elizabeth W. Jones (1939-2008), who was the recipient of the first GSA Excellence in Education Award in 2007. She was a renowned geneticist and educator who served as GSA president (1987) and as Editor in Chief of GENETICS for nearly 12 years.